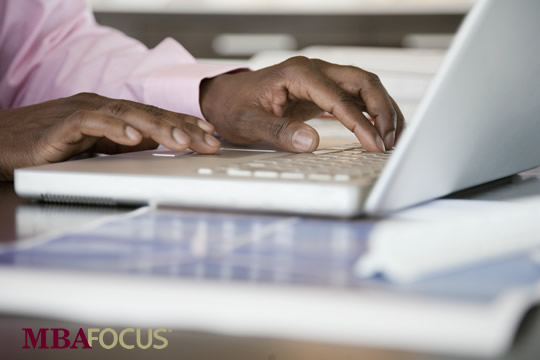 Twitter has grown over 1000% in last year – mainly b/c of the celebrity presence. But this doesn’t mean it can’t be used as an effective job-search tool. Many companies have a presence on Twitter. And some of the bigger employers have multiple accounts, including an entire job/hiring-oriented presence (i.e. @CitigroupJobs, @VerizonCareers, @ibmbejobs). If job-seeking candidates can find these accounts, they can be some of the first interested job-seekers to apply for open jobs (increasing chances of getting hired).

Twitter can also be a more business-appropriate job search tool. Unlike Facebook, where “inappropriate pictures, videos, notes, and messages can be posted, Twitter is basically just answering the question “what are you doing?”. Most MBAs cannot get into any trouble answering this question (though there are of course some exceptions). In any case, most MBAs therefore are willing to use their personal Twitter account as a job-searching tool. (FYI – anyone using a personal Twitter account should be aware of tools like TweetDeck which allow you to separate the Twitter account you follow into groups – therefore allowing you to create a “job search group” that can be checked daily for new jobs and MBA job-related news).